Deep Underground: The Wieliczka Salt Mine

Where does salt come from?

Legend says that when the Hungarian princess Kinga, daughter of Bela the IVth, was married to Bolesław the Chaste, Duke of Polish towns Cracow and Sandomierz, instead of gold or silver, she brought salt as her dowry.

She did not have it brought in barrels or ox-drawn carts, however. In her homeland, she threw her engagement ring down one of the shafts of a salt mine. As she rode back to Poland to meet her new husband, she ordered the party to stop near Cracow.

"Dig here," she commanded. Can you guess what was found in the excavation?


This is the legend of the great Wieliczka Salt Mine, which, indeed, dates back to the the 13th century, and the reign of Bolesław the Chaste and princess Kinga. To fully appreciate the significance of the story, one has to understand that in the middle ages, salt was an incredibly valuable mineral. We think nothing of it today, but it used to be the privilege of kings. You could buy whole townships with the proper amount of the stuff! By the 14th century, the gains from the salt sources around Cracow formed one third of the whole country's income.

Excavation of rock salt may have begun in the 13th century, but the site of Wieliczka had been giving up salt since the Middle Neolithic period (3500- 2500 B.C.) And the source itself is fifteen million years old! Water sources in the area were not potable, flowing with a salty brine, but when evaporated, they left behind the tasty mineral. This was known to the local peoples well over five thousand years ago.

The briny springs were a good enough source until the middle of the 13th century, when men had to delve deeper, and began to build the first shafts. When you visit the town of Wieliczka, you will see many signposts marking the sites of historical shafts, long ago exhausted and filled up.

But the larger part of the mine remains active and open to the public. And it is a stunning place to visit.


First, it's huge. At present, the combined length of the underground corridors is over 300 km. There are  almost two and a half thousand excavated chambers (!!), spread out on three levels, the deepest lying 327 metres below the surface of the earth.

Second, it's the only mine in the entire world which has been continuously active since the Middle Ages.


All right, you might say. It's still just a mine. A dark hole in the ground. What's there to see?


Oh, I don't know...how about the huge chapel of St. Kinga, at 101 metres below the surface, carved entirely out of salt?

You see, once a large lode of salt is found underground, it can only be mined to a point before becoming unsafe. The miners would scrape out the centre of the salt block, leaving a hollow cavern and then moving on down the next corridor. And because mining was hard and risky work, the presence of God was very much welcome down below.

Chamber after chamber was created by excavation, and over the years, miners would carve out sacred figures, crosses, and chapels in the salt rock, hoping for celestial protection.


St. Kinga's chapel is one such work of piety, the deed of miners and self-taught sculptors from the late 19th and early 20th century. They were the brothers Józef and Tomasz Markowski, and Antoni Wyrodek. Today, Mass is still celebrated in the chapel on special occasions.

You can even rent it out for a magical underground wedding, and have the reception catered in one of the salt ballrooms.

And those are only some of the stops on the three hour tour. Other chambers hold exhibits showing how men worked to extract salt over the years of the mine's existence. You will see an authentic horse-powered mill from the 18th century, a chamber burned out by an explosion, and amazing feats of underground architecture.

For instance, the Michałowice Chamber:

This huge, 35-metre-deep cavern is filled with a complex wooden scaffolding, erected in the 19th century with no help from any machinery, piece by piece as the vertical lode was excavated. This deposit was so huge, it was exploited for almost a hundred years!

What other mysteries does Wieliczka hold?


If you're very lucky, you might meet Skarbnik, the legendary spirit of the mine. 'Skarbnik' means 'Treasure Keeper', and salt, of course, is the treasure in question. Skarbnik is a good spirit, but he always comes bearing a warning. If he should appear, that means there is dangerous gas, or a cave-in up ahead.  Turn back!


Besides legends, there are many, many true stories that Wieliczka keeps in her memory. An often overlooked, yet important symbol is a Star of David carved deep into the face of the Staszic Chamber. Why is it there?

In 1944, the Nazis decided to use the chambers of Wieliczka as a war factory. In the Staszic Chamber, they set up an assembly line for aircraft machinery. The forced labourers, as you can probably guess, were Polish Jews.

In secret, they carved out the Star of David, a symbol of their people and religion, not only as a spiritual mark, but as a proof of their imprisonment and slavery. They wanted to make certain that whatever happened, in the future people would know they had been held there.

Another interesting tale will lead you to the Piłsudski Chamber, where a 19th century statue of St. John of Nepomuk stands guard by a disused ferry. This was once part of the Austrian tourist route, until 1915 when it was witness to a rather gruesome accident. Several Prussian soldiers tipped over the ferry, and fell into the brine.

Now, as you probably know, bodies of water with a high density of salt are practically impossible to drown in. The salt keeps you afloat, pushing you up and out of the water.

And yet, the soldiers died. They could not drown, but the raft tipped over and trapped them underneath it. They could neither lift it, nor dive into the salty water to swim out. They suffocated under the overturned ferry.

Hmm, all that salt in the air...is that healthy?

The mine actually has an underground spa, where people come to cure respiratory ailments and allergies. They have been doing so since the 19th century. The microclimate in the mine is very special- bacteriologically pure, allergen-free, rich in microelements such as sodium chloride, magnesium and calcium.

Patients ride down to the third level of the mine, 135 metres underground, and spend the day beside a brine lake. There is a library, a gym, a brine fountain; patients participate in breathing exercises, musical  therapy (underground sing-alongs!) and other activities, all under medical supervision.


If you book a couple weeks in advance,  you can also take a special tour which will take you off the regular tourist path, and deep into the abandoned parts of the mine.


You will ride down with the miners, in a hard hat and with a flashlight as your only source of light.  The corridors are much grungier here than on the tourist route, with beautiful salt crystals forming everywhere. There are lost chambers, forgotten monuments, deep, salt-covered mineshafts that seem to have no bottom. Geology enthusiasts will be delighted as the structure of the mineral deposit is revealed to them. History buffs will find traces of Austrian and German invasions where corridors were named and renamed again according to whichever force held the mine.

And those among you who simply want to feel the thrill of adventure will love the mysterious corridors, the narrow spaces, the sudden drops, the old wooden ladders and unbelievable darkness of the mine.

A few extra facts about the mine: 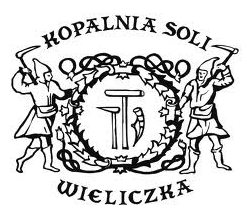 -The Wieliczka trademark is the first in Poland, and one of the oldest in the world. Very early on in the mine's history, special white, so-called 'royal' salt transports meant only for royal consumption were stamped with the mark.

-The mining of salt in Wieliczka ended in 1996, but conservation works yield rock salt that is used to manufacture memorabilia, and the mineral is still drawn from the brine water. You can buy Wieliczka salt for your table in any Polish supermarket. :) Just look for the trademark!

-There are no bugs or vermin in the mines- they couldn't survive! Any insects which get carried in on people's clothing quickly dry up in the salt-rich atmosphere. However, rats and mice did once live in the mines, back when its permanent residents were...

-Horses. Horses were kept in the underground stables and used to pull large loads and set heavy machinery in motion. The last horse, a mare called Basia (short for Barbara- st. Barbara being the patron saint of all miners) was removed from the mine in 2002, at sixteen, in good health. She is living out her retirement in a quiet pasture.

-Tourism is not a modern attraction in the mine. In the years 1772- 1918, when this part of Poland was under Austrian rule, visitors were first admitted underground.

-A new form of the behind the scenes tour called The Miner's Route will be opening this July. It involves lots of activities which will teach visitors about the realities of working in a salt mine. Personally, I can't wait!

-All tours are available in English and many other languages. You won't miss a thing.

-You'll have to find out the rest for yourself. Come visit! And if you do, let me know. I might just come with you. :)


I would like to thank the staff of Wieliczka, from the offices dealing with my requests to the miners, tour guides, geologists, therapists, cooks, everyone who was so kind and helpful during my visits. The Salt Mine is one of my favourite places in Poland, not just because it's a spectacular sight, but because of how unwaveringly friendly its people are.

Newer Post Older Post Home
Subscribe to: Post Comments (Atom)
Unless otherwise noted, all photos featured on this blog were taken by me. If you want to reblog or use any of them, please email me at tymian@gmail.com .